Although Northern lights are already difficult to see, you have to really double your effort if you want to chase the Southern Lights. One of the main reasons why Aurora Australis is not as popular as its counterpart, the Aurora Borealis, is not because it’s less awesome, in fact these two phenomenon are really spectacular and breathtaking, however because Southern Lights are only seen in the Southern-most hemisphere where lands are not aplenty, finding a good place to see it makes the chase more difficult. But fear not, because there are still awesome places where you can camp out and see these beautiful dancing lights, read through our top 3 best places to chase the Southern Lights. 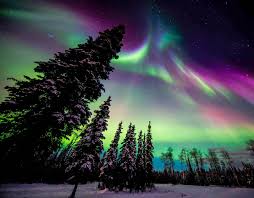 Off the southern part of New Zealand lies Stewart Island, the place that you can balance the chances of seeing the Southern Lights without sacrificing accommodations and transportation to the island. A ferry ride or a plane trip to this island is easy to book and hassle-free that is why most aurora chasers camp here.  They have a vast national park called Rakiura National Park and is away from the light pollution giving you better chances of seeing the cosmic light show. In fact, the name translates to “the land of the glowing skies” from a Maori language.

No harsh environment can stop people from visiting this southernmost island in the middle of the Antarctic Seas, because it is another recommended and more livable place to see this dazzling light display. Unlike the Aurora Borealis, where blue and green are the most common colors, the Aurora Australis, however, has a wider color spectrum because aside from the regular colors, you will also see pink, purple and orange. During better weather, about 2000 people live in the island and necessities will be available, you may want to schedule your visit March and September. 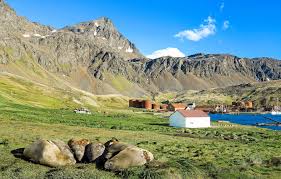 Nothing would be more breathtaking and more colorful than witnessing the light display in the southern end of the world. The barren but beautiful snow caps, gigantic glaciers and wadding penguins can level up the Southern Lights experience. The vast snow-laden land would seem otherworldy and “otherworldly” is a perfect match to this spectacular neon lights display in the sky. However beautiful the lights here would be, visiting Antartica is close to impossible due to bad weather, harsh sea conditions and few and expensive transportation options. 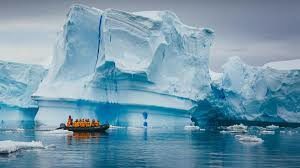